We just came back from a field visit from Tanzania, where we met 4 very promising cocoabean growing groups at the Mababu area. Our newest chocolate from their beans will be available soon.
The article about this trip can be seen at the Hungarian National Geographic site here: http://www.ng.hu/Civilizacio/2016/10/18/Ahol-a-kakao-maga-az-elet
2016.11.02. 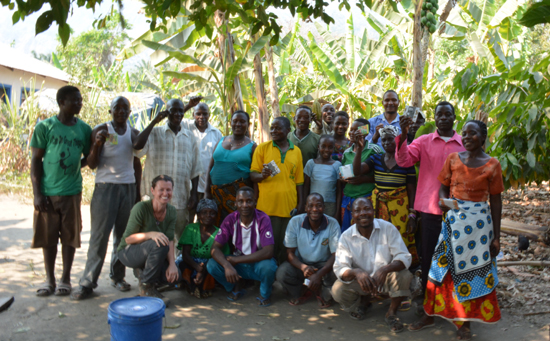 We were just informed, that...

...Conde Nast Traveler has just voted our chocolates in the 10 best chocolate in the world. Oh thank you!
www.cntraveler.com

We are proud partners now of the Rwanda based Dian Fossey Gorilla Fund, which means we donate the fund to help and save mountain gorillas. They are dedicated to the conservation and protection of gorillas and their habitats in Africa.
2016.04.21. 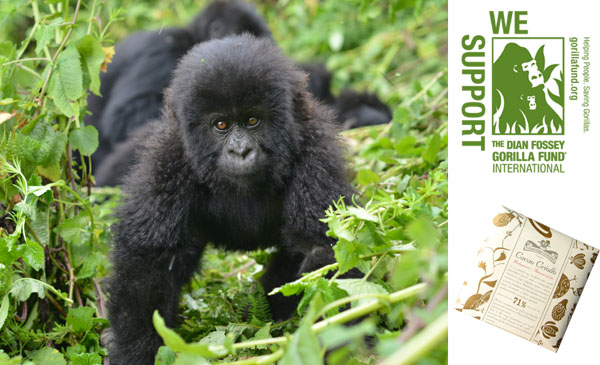 We have won the Prix International Grand Cru du Venezuela

Yesterday we were selected for the finale du Prix International de la Tablette Grand Cru du Venezuela by Planetgout in Paris. There are chocolate makers and planteurs in the selected 12, who are: Pralus, Bonnat, Morin, Gilles Coolen, Ara, Willie's, Domori, Rozsavolgyi and the planteurs: Franceschi, Cacao de Origen, Valle, Kirikire. The final will be in Paris at the Europain-Intersuc in February soon. Merci!
2016.01.21.

...and in the shop with a huge 20kg chocolate planet, chocolate astronaut and his little chocolate Christmas tree.
2015.11.15. 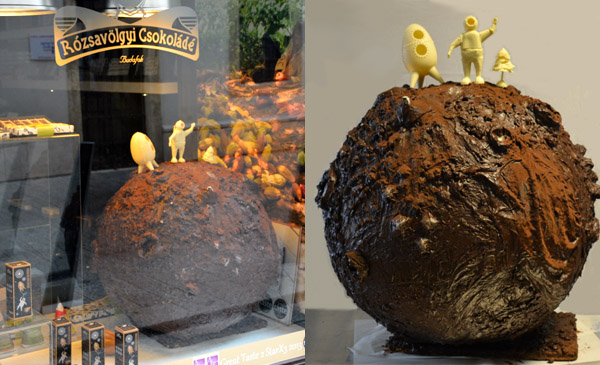 ICA people in our workshop

We have not entered the "Eastern-European" section of the International Chocolate Award, but we were happy to welcome the jury in our workshop, Martin Christy and Monica Meschini.
2015.09.23. 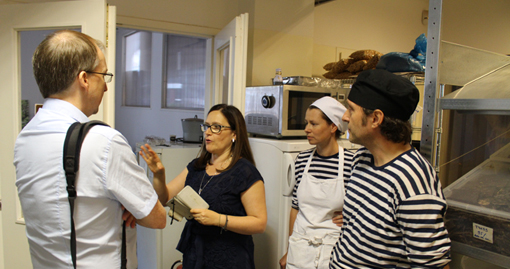 Christmas Chocolates for the Conran Shop

I have always admired the work of Sir Terence Conran. I have so many of his books, and his work inspired me a lot. So, it was a big surprise when we got an email in early Summer from the Conran Shop in London, if we could create something special for them for Christmas. Of course! - I said, and we created something very special, the multi layered chocolate planets. As it says on the packaging:
"We don't consider ourselves to be only bean-to-bar chocolate makers but artists as well. We look at chocolate as an art material, and attempt to surprise and entertain our customers through our chocolates.
These multi-layered black and white chocolate spheres are not only very tasty, but you'll also experience a special sensation as the layers separate in your mouth. It is practically a milk chocolate - in a different way. Enjoy!” We hope they will love it in London as much as we do. 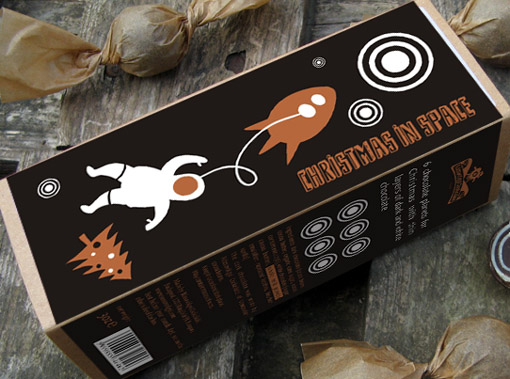 This year we were awarded 8 medals, 1 Gold, 2 Silver and 5 Bronz. Here are the winner chocolates: Porcelana, Madagascarian Criollo, Puerto Cabello have been awarded Bronz in the bean-to-bar category, Gouda cheese and Bergamot won Bronz in the filled chocolate category, Caramelised Lavender Flowers has won Silver in the milk chocolate category, Bergamot won Silver and the Hot Chocolates has won Gold in the packaging category.
2015.05.04.

We are finalists again in the Micro Batch category with our Porcelana and in the High Percentage category with the Trincheras 95%.
2015.03.27.

Philippe Conticini, one of Paris' most famous confectioners, came up with the idea to present a selection of white chocolates from 10 different chocolate makers around the world. We had the pleasure to be chosen with our Green Tablet, which is made with green spices like tarragon and peppermint, walnut and lemon oil. The selection will only be available in Japan and France. The other 9 chocolate makers we worked with in this project are: Conticini (France), Es Koyama (Japan), Galvan (Mexique), Amaz (Peru), Oberweis (Luxemburg), Beschle (Switzerland), Vandeparre (Belgium),Willie's (England) and Domori (Italy)
2015.02.02. 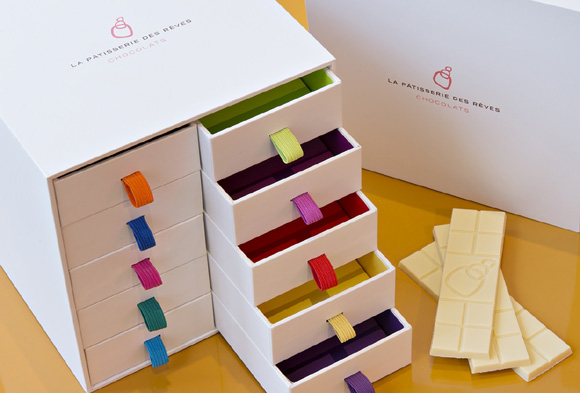 There will be a 3-hour press chocolate tasting event in Madrid organized by the Spanish Club del Chocolate. The following chocolate makers are presented: Akesson, Amedei, Domori, Duffy, Idilio, Marou, Pacari, Pralus and Rózsavölgyi of course.
2014.11.25. 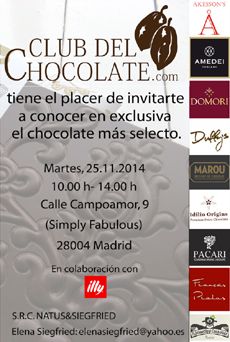 At the Opening Ceremony of the Salon du Chocolat our dress was worn by Helene Gateau French actress and Tv personality. The designers of our chocolate dress were Arantza Villas from the UK based Pinaki Studio, Leslie Vanderleeuw from Chocolatl of Amsterdam and us. The dress was made entirely of just paper and chocolate.
2014.11.04. 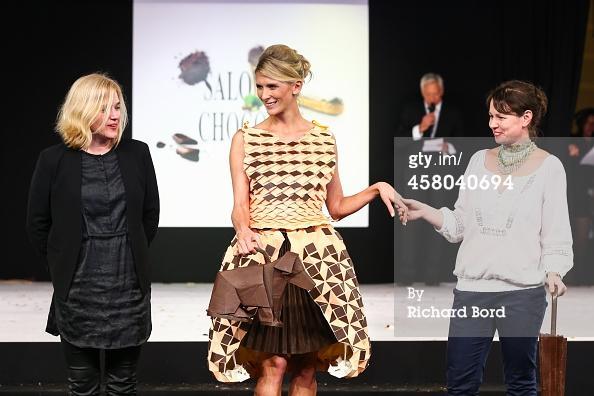 We are finalists in the International Chocolate Awards 2014

Last week the International Chocolate Awards has announced the finalists of the 2014 awards. We are finalists in the main category - the bean-to-bar chocolate makers- with 5 other chocolate makers who are: Akesson's, Bonnat, A. Morin, Friis Holm and Duffy Sheardown. The gold winner will be announced in May in Florence. here you can read about the award
2014.03.27.

Our cocoa flour and chocolate macaron was awarded first prize at the annual Macaron Day in Budapest yesterday. We are so happy, because among the professional judges were Laszlo Mihályi and Stephane Gerphagnon.
2014.03.21. 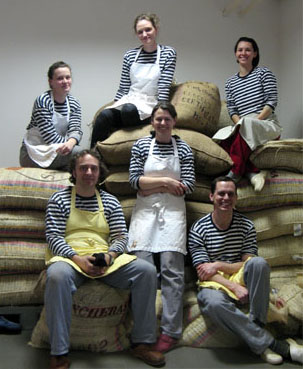 3 of our bean-to-bar chocolates were awarded last week by the Guild of Fine Food with 2 stars. Our 2 star Great Taste Awarded chocolates are: Madagascarian Criollo, Porcelana and Trincheras.
2013.08.12.

Our Chocolates at Selfridges

From the 12th of July our chocolates will be available at Selfridges in London. On that day and the day after you can meet us and taste our chocolates at the Oxford Street store.
2013.07.12. 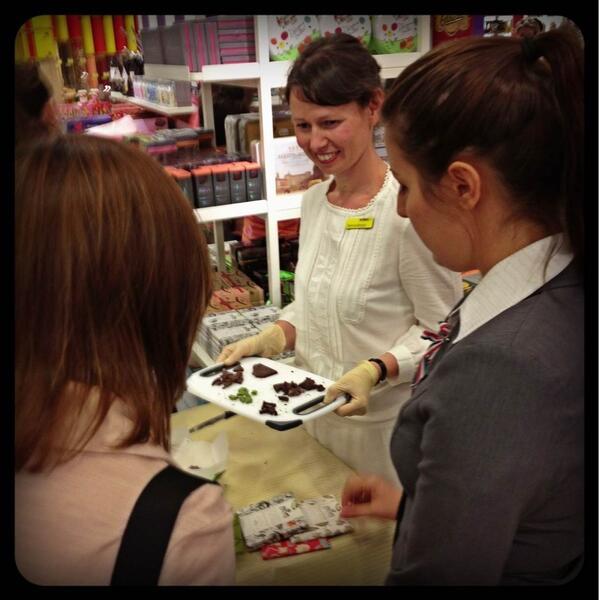 We have won 2 awards for our chocolates in this year at the AoC. In the seasoned bar category we won a bronz award for our delicious Olives and Bread bar, which is made with our trincheras chocolate, toasted olives, bread and a little hint of olive oil. And another bronz award in the packaging category for the 95% Trincheras.
2013.03.21.

A new criollo cocoabean from Madagascar has arrived to our workshop from the Akesson plantation. Our new chocolate will be available in 2-3 weeks time.
2012.11.01.

Entries have been flooding in through July for the innovative Noval Trophy competition, and after much deliberation – it was a very hard task indeed – the shortlist has now been announced for the Finals, taking place at the Academy’s International Conference on Friday October 12th.
Quinta do Noval Late Bottled Vintage 2005 match:
Auberge du Chocolat, Artistry in Cocoa, Baravelli’s, Paul A Young, Rozsavolgyi Csokolade, Theo Chocolate, William Curley

We are exhibiting at Chocolate Unwrapped in London, which takes place in the London Film Museum near Covent Garden in oktober 13-14.
2012.09.26. 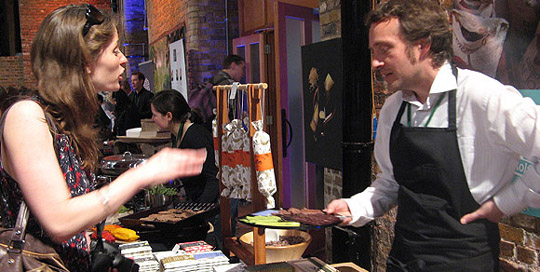